Online voting for the 2019 JLT Restaurant Awards closed on 31st October 2019 and over 15,000 JLT residents, office dwellers, and visitors voted for their favourite Jumeirah Lakes Towers restaurants, cafes, and bars across the 18 publicly voted categories of this year’s awards. We recently announced the finalists for the online voted categories in a series of blog posts.

Three Dubai-based F&B-industry insiders are joined by a JLT resident, who we selected from a large number of applications following a social media “recruitment campaign”.

From top left to bottom right: Peggy Li is the Managing Partner of sps:affinity – Strategic Partnership Solutions, the company behind JLT Dining and the JLT Restaurant Awards. She’s a Michelin-Star experienced F&B professional turned F&B and hospitality consultant. Peggy has worked for world-renowned establishments and brands such as L’Atelier de Joel Robuchon, Aubaine, and Punch Bowl Pub in London, Shanghai, Bangkok, and many other locations around the world. Peggy is joined by Arch. Annamaria Lambri, the Associate Professor for the Interior Design at the American University in Dubai. She specialises in hospitality design and is behind some of the most high-profile hospitality design schemes and projects in the GCC. Annamaria is a member of AIA (The American Institute of Architects), RIBA (Royal Institute of British Architects), and many other prestigious organisations. She is also a judge at several design and hospitality awards and a sought-after speaker at interior design and architecture events, conferences, and workshops.

Giacomo Puntel is the Director of Food & Beverage at the Anantara The Palm Resort Dubai and, just last week, was awarded “F&B Director of the Year” at the “Leaders in F&B Awards” in Dubai. Giacomo started his career for working Gordon Ramsey and Angela Hartnett in London, before moving to Dubai and working for renowned operators such as the Grosvenor House, Millennium Hotels & Resorts, The Bonnington Jumeirah Lakes Towers, Rixos, and Anantara.

The public search across the JLT Dining Facebook, Instagram, and Twitter for a JLT resident to join the rank of JLT Restaurant Awards judges yielded a large number of applications. In the end, we selected Scott Gregory, a 31-year-old food-o-holic, who has lived in JLT for just over four years and who loves sampling the different cuisines in the neighbourhood.

The four judges will play a crucial role in the final stages of the 2019 JLT Restaurant Awards. They’ll decide the winners of the Best Overall, Best Newcomer, and Best Sustainability Initiative categories, but they’ll also scrutinize the shortlist of the 18 publicly voted categories. The judges will look at guest satisfaction scores, overall concept, menus, and a number of other factors for the top three outlets in each category to decide the winners and runner-ups, which will then be announced at the awards ceremony on 25th November 2019.

The 2019 JLT Restaurant Awards are supported by: 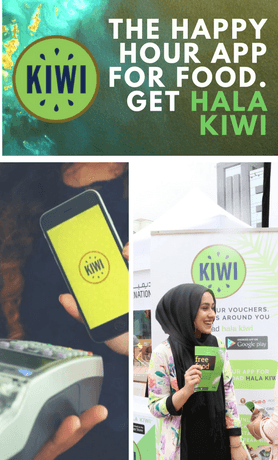